I thought I was having the TMJ last week but actually my tooth was becoming massively infected. One emergency root canal later I'm starting to feel like I want to live.

I'm massively behind at work and wondering if I'm going to be well enough for Madrona on Friday. Fingers crossed. I'm on two different antibiotics so hopefully improvement will be rapid. 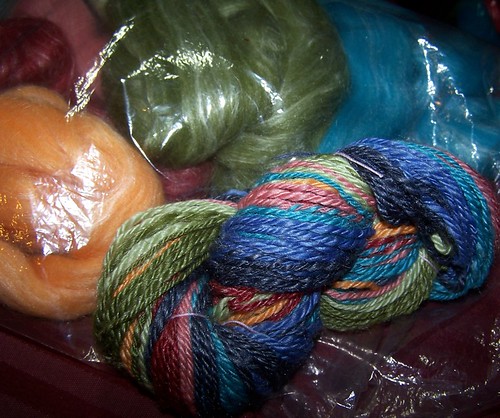 Our "Sneaky Snow"(tm Joy) didn't last very long, but Mom and Dad still had quite a bit in the afternoon when I made a pet stop. 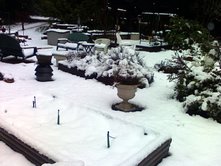 We rolled out of bed around 8 and headed off to the coffe shop around 9.

This was the first weekend without Sarah, as she's off to Bellingham to do costuming for some kind of wild west themed opera.

When we pulled in it was just Anna and Art, then Michael came dragging in, followed by Roland and then Mary, who isn't a Sunday regular but who ditched her husband and ran off to come play. Sarah's mom was there too, putting up her art for the January display.
Gordon jumped as his phone went off and then Sarah was on the speaker phone, calling from bed in B-ham still in her cowboy pajamas. While we were all jabbering with Sarah, in staggered Kate and Sasha. Okay, only Kate was staggering, still all jetlaggy from her trip back from Germany. 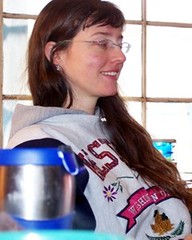 It was so nice to have most of the gang all together at once :D Sasha was fascinated with Michael's spinning and we filled his head with much fiber minutia ;) He stumped us though, when he asked if there was a special yarny term for the last bit of yarn like there is in sailing (the bitter end) (I had no idea, this is where that term came from btw, so that was a neat factoid to file away) Alas we could not come up with any such knitting/spinning equivalent term. 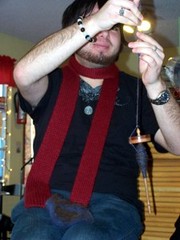 We lazed around chatting and giggling until almost noon, at which time a few more regulars with coming in and we knew we'd have to make a break for it before we got sucked in for another hour.

Off we zoomed to the boat, to meet the other Chris for drinks in Seattle. We were supposed to meet him at the New Orleans, but it was strangely closed. We're not sure if they're on a special winter schedule now or if it had to do with the construction on the street; Merchants was closed too. We're pretty sure that we saw the cook hanging out in front of the building, but didn't ask him what was up.

After a poke around Elliott Bay Books, we spent the rest of the afternoon geeking out in the Owl and Thistle and then came home on the 5:30. Another weekend day saved from productivity, except for the knitting I finished up whilst chatting. Go Team!

I mean, no ones going to eat your eyes. 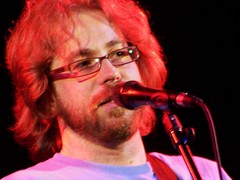 Seattle loves the Coulton. We had so much fun last night at the concert. It was a sold out and raucaus (well for geeks) crowd. The opening act, Paul and Storm were magnificent as well. They made us talk like pirates while emoting 47 various and sundry emotions, "Okay, now give me Petulant" LOL Between that and the Zombie chorusing my throat is a little raw this morning.

I'm tired as hell but it was totally worth it.

A week ago Friday we drove out to Ballard to look at a Scooter I saw on Craig's list. I've been keeping an eye out for a new scooter for quite some time as my old scooter was... somewhat less than reliable.

The guy selling is was really nice and let me drive it all over the neighborhood. (I left Gordon as collateral, lol) It took a little bit of adjustment to get used to the rear foot brake and larger size, but it rode really really well. The story on this Scoot is that the original owner was an older gentleman who's kids insisted he sell it when he turned 80, so it's in impeccable shape.

So I replaced my year old Chinese piece of crap with a much older Honda Helix that still purrs like a kitten. I'm ridiculously happy with this girl. She has a 250 engine so I can always keep up with traffic, a huge trunk and comfy seat, and is just all around a really nice ride. (Shut it Greg) (I love my scooter, I don't looooooooove my scooter)

Keeping up with highway traffic uphill going 65 is never going to get old.

Better yet, going up to a bigger engine only cost me 7 mpg. At my first fill up I calculated my mileage at 68 to the gallon. w00t.

I just ran outside to take a picture of it for Dad, and my production manager insisted on taking an action shot for me. 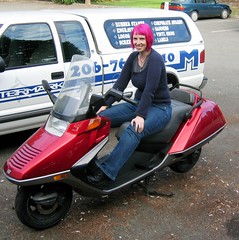 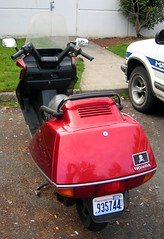 Yes, I've already got the jolly roger on her. :D

Just a quick fly by to announce that Jonathan Coulton is coming back to town on Sept. 23rd. He will be at the Triple Door in Seattle; tickets are $20. Thing and I have our tickets reserved, get yours now!

We now return you to your regularly scheduled lolcats. 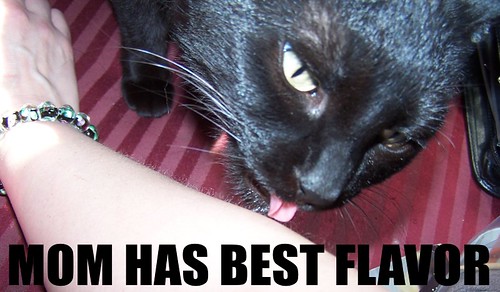 I'm so behind on live journal reading, it's truly sad.

and here I am, running in to post a lolcat and then I'm gone again. See how I am. 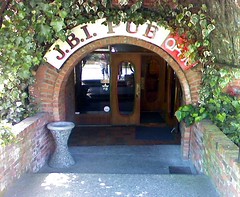 This is the pub underneath our hotel in Victoria. We kept an eye out for hobbits, but didn't see any. 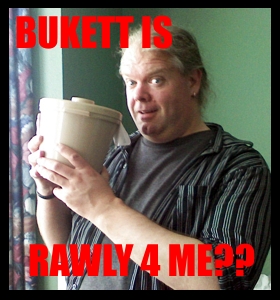